Smaller A Normal A Larger A

Don Robertson, President of the Board of Directors of the Children’s Center, announced the retirement of Barbara S. Mease, Founding Executive Director on Friday, October 18, 2013.  With the 215 member staff in attendance at the Workforce Development Center, Robertson praised Mease as a career champion for children in Virginia and specifically, Western Tidewater.

“I have been so pleased with the beginning of Head Start and the vision of who we are in the community,” Mease told the staff.  “I thank each one of you for the time you have given children in this community.  I trust the staff, Board of Directors, and community to keep children in their hearts.”

Beginning in a Sunday School classroom in Suffolk, the Children’s Center has grown to 8 operating facilities throughout Western Tidewater.  Over these 30 years, the staff has grown from 10 initial staff members to over 200.  “I am so proud of all of you for having brought us to this place,” said Mease.

“Barbara has always had vision for opportunities to provide services to children and families in partnership with our communities,” said Rosalind Cutchins, acting director.  “Her leadership consistently had an eye to the future, while improving quality of the services offered.  As a team, we applied for the Early Head Start grant, expansion grants of that program, and the Head Start grant and more to bring needed programs to our communities.”

Barbara Mease was also instrumental in working towards the creation of an early childhood council coalition in the area.  Beginning in the early 90’s, a grant was written to support collaboration.  Barbara was on the original board for Smart Beginnings Western Tidewater and helped seek funding to support the coalition.

“Barb also saw the need for community involvement, leadership, and teamwork beyond our walls,” Cutchins said. “She is a champion of Smart Beginnings and the work it accomplishes throughout Franklin, Southampton, and Isle of Wight Counties.  She further supports the work of the Early Childhood Development Commission in Suffolk and its success.”

Don Robertson said Mease’s leadership has been a blessing.  “For the past 30 years, The Children’s Center has been blessed to have been led by Barbara Mease, Founding Executive Director.  The Children’s Center has grown and flourished under her direction and we celebrate that the quality of life for many children has been enhanced because of her leadership,” Robertson said.  “Our prayer is she has a healthy and prosperous retirement.  It is well-deserved.”

The Children’s Center is a private, nonprofit organization (501)(c)(3) (tax exempt) that has served families in Suffolk, Isle of Wight County, Southampton County, and Franklin since 1983.  The Center serves children of all levels of ability, including those with disabilities, and those who are economically disadvantaged.  The Children’s Center’s mission is to nurture and educate children and their families.

The Children’s Center provides Early Head Start services to children ages birth to three and pregnant women, Head Start services to children ages three and four, Early Intervention services to infants and toddlers with delays in their development, licensed pediatric therapy and mental health services, and licensed early care and education for children six weeks to five years of age.  These programs are provided in the child’s home and in integrated settings at eight sites throughout Western Tidewater. 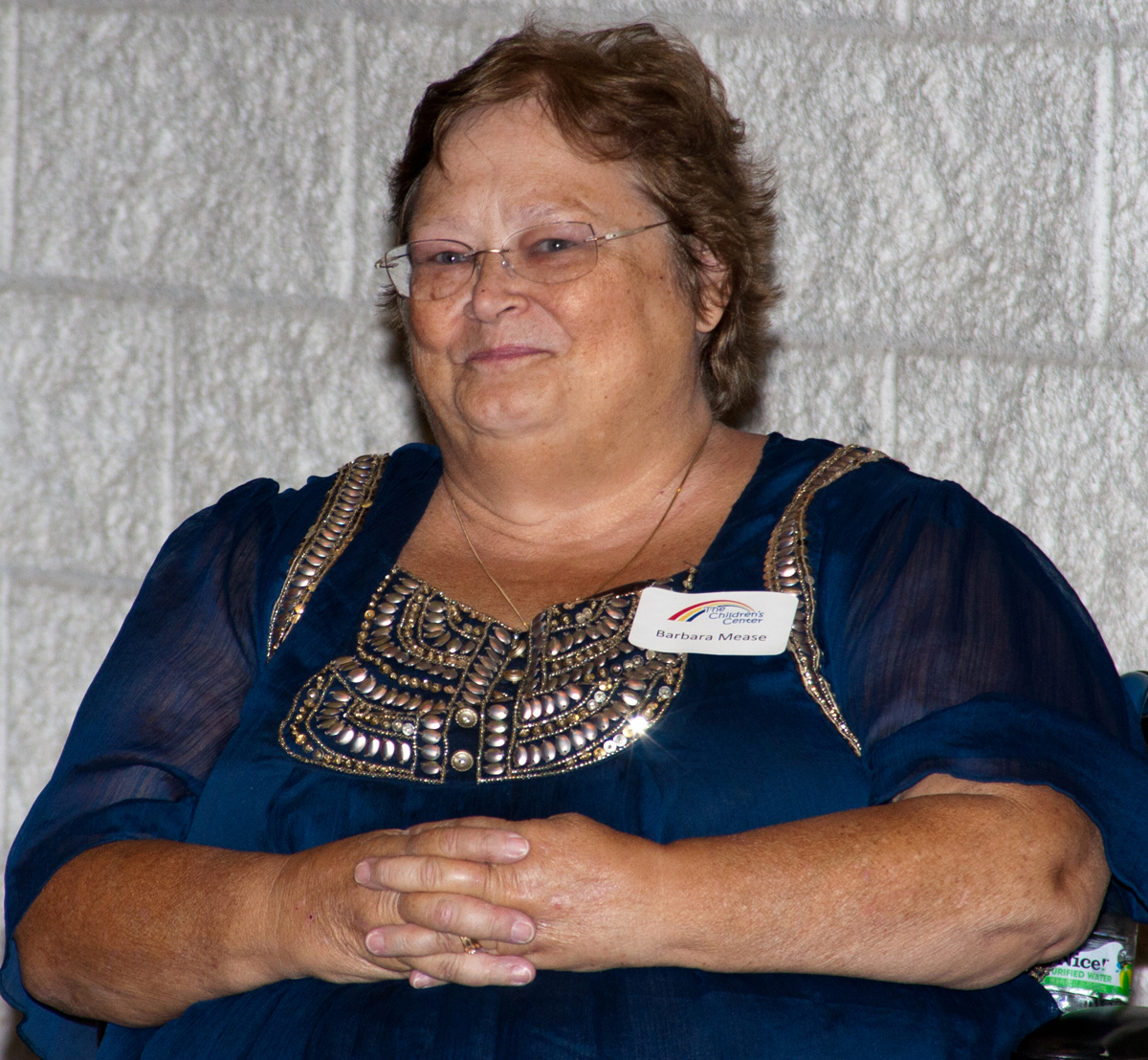